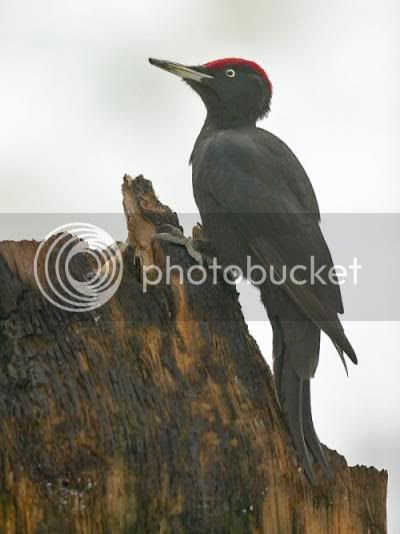 Most of the world's woodpeckers are visually sexually dimorphic and this is true, though to varying extents, for most European woodpeckers. But this dimorphism is often rather subtle so careful attention needs to be paid to sexual and age badges in plumage. All European woodpeckers are sexually dichromatic except Wryneck and Middle Spotted Woodpecker. Separating adult and juvenile males from females usually involves observing brightly coloured patches on the head, undertail or in the malar or moustachial stripes. Males show the largest sexual badges in plumage. This usually means some red (yellow in the case of Three-toed) on the crown or nape. Sometimes young birds show more red on the head than adults, as is the case with Syrian and Great Spotted. This is not clearly understood as with most other birds an increase in bright colouration usually develops with maturity. Males and females also usually differ in structure and size, but these differences are usually not noticeable in the field. Overall body size, wing length and bill length are invariably larger for males. The photo here shows a male Black Woodecker in Finland (Jari Peltomaki). This species exhibits minimal dimorphism in plumage between the sexes. Both males and females have red on the crown, though on males (as in this photo) the red is more extensive, covering the whole crown, whilst females only have red on the hind-crown.
Posted by Gerard Gorman: at 16:16