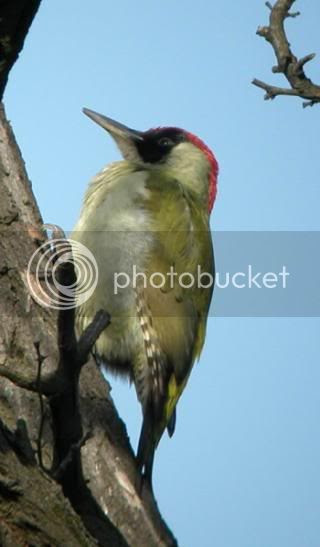 Female Green Woodpecker has an all black malar stripe, lacking the red coloured centre of the male. The black orbital mask is also often less extensive behind the eye. Barring on the flanks is often more pronounced, reaching the sides of the lower breast.Photo on left is of adult female in Budapest, Hungary (Gábor Vasuta). Note the lack of red in the malar.
Posted by Gerard Gorman: at 11:55