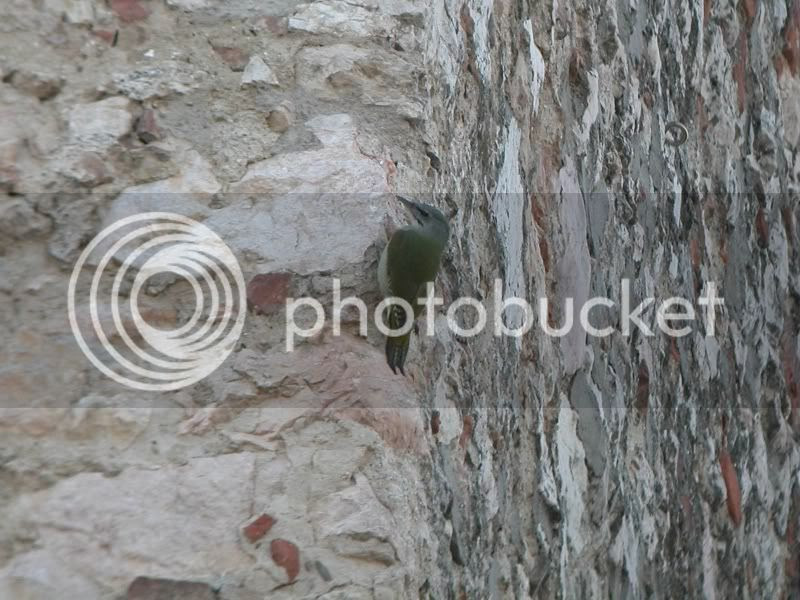 Grey-headed Woodpecker Picus canus will cling to rock faces, quarry walls, and even buildings. This species does this more than any other European picid. In fact, I would say that this foraging technique is common. The birds are foraging for insects, spiders and other invertebrates, examining cracks and crevices. These two photos show different females in stone quarries in Hungary, First taken by Gabor Vasuta, second by Szabolcs Kokay. In both photos note how the central tail feathers are used to good effect as props, as is done when on trees. 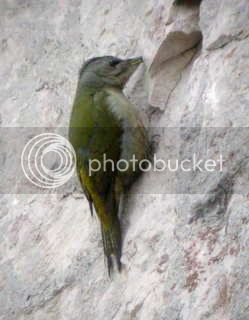