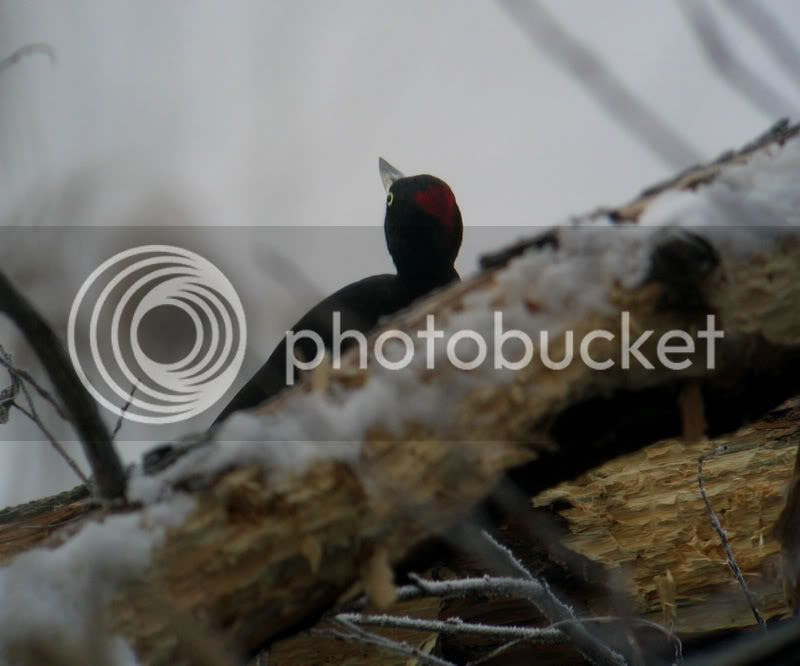 This shot of a female Black Woodpecker foraging recently in Hungary is by Dan Bastaja. Note the red is only on the hind crown (rather than on the whole crown as on males). In most winters, woodpeckers rove a little more than at other times of year and are often more approachable as they forage in difficult conditions. Black Woodpeckers will come down to the ground to feed and are often first located by the sound of the solid, single "knocks" they make on timber. If carefully approached they will remain and feed where they are. This foraging site is clearly a fairly new one, judging by the freshness of the hacked away timber. Snow rarely presents a problem to Black Woodpeckers as long as it is not several feet deep. They will swish snow away with sideways blows of their large bill to get at hibernating invertebrates, such as ants, in timber beneath.

How beautiful is the Blackwoodpecker!