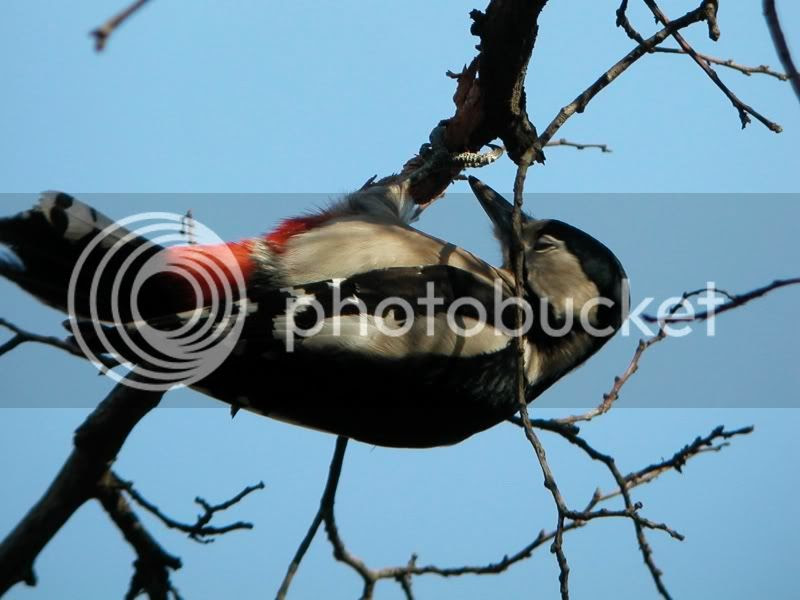 As a group woodpeckers are relatively understudied, globally they have not attracted the attention of as many professional and amateur ornithologists as most other bird families. In Europe, the Fenno-Scandic countries and Germany have a relative wealth of woodpecker literature, whilst there is a relative paucity of woodpecker literature from the Mediterranean and Balkan countries. The population studies that have been carried out in Europe have revealed that several species are experiencing declines. Taking the European continent as a whole it seems that eight species are declining and two probably have stable populations. Black Woodpecker is increasing in range and may be increasing in number, but this is hard to calculate as reliable figures are only available for certain localised areas.
Today one must explore Europe’s high altitude forested regions or the east of the continent in order to encounter woodpeckers in good numbers. Sadly, much of the west of Europe is now decidedly non-woodpecker friendly in terms of habitat, and it has been like this for some time. The bias in terms of both the number of species and numbers of birds towards the east is partly due to how the woodpecker family evolved and spread itself historically and to the evolution of habitats. However, there is little doubt that the low number of species found in much of western Europe today is a result of human influence rather than to “natural” factors. The creation of agricultural land (a process with started thousands of years ago), deforestation, re-forestation with alien tree species and general industrialization, have resulted in the removal of vast areas of original forest across Europe. These processes were more intense and advanced in the west of the continent, especially in modern times. In Central and Eastern Europe agriculture and forestry developed at a slower pace and at a less intensive level. Added to this is the fact that human population densities are also lower in Eastern Europe. This is not to say that all is well habitat-wise in Eastern Europe, and it should be remembered that the differences in land use and land management in modern times in the east largely came about by accident not design. Nevertheless, the result is that more forests and woodlands in the east of Europe are in a closer to nature state than those in the west . In fact, the diversity and abundance of woodpeckers across Europe closely mirrors that of human influence on the forest landscape. There seems to be little doubt that human activities across Europe have affected, and are still affecting, woodpeckers.
As an example, we can consider Sweden, a country with plenty of forest cover where eight out of Europe’s ten species are found. On the face of it this must be a paradise for woodpeckers. Yet, things are not as rosy as they may first appear to be. There used to be nine woodpecker species in Sweden, before Middle Spotted became extinct in the late 20th century. Furthermore, six of the eight species that remain are in decline, with only Great Spotted and Black Woodpeckers having stable populations. It is clear, and accepted, that modern forestry methods are responsible for this situation. A similar situation exists in Finland where a considerable number of forest invertebrates have declined sharply resulting in dangerous breaks in the complex food-chain. Claims by Finland’s logging companies that timber production in the country is ecologically sound have been largely exposed as false. The loss of (and fragmentation of remaining) original deciduous and mixed forests in countries such as the UK, Holland, Belgium and Denmark, is the main reason why so few woodpecker species are found there today. In countries like Austria, Italy and Spain woodpeckers only occur in healthy numbers in some high mountain areas which have been spared the worst of the agricultural and the forestry industries. This has resulted in the populations of some species, such as White-backed and Three-toed, becoming fragmented, existing in isolated pockets in unconnected areas. This is a situation which, in the long term, does not bode well for their genetic diversity.
Photo top left: Adult female Great Spotted Woodpecker Dendrocopos major, Europe's most common and widespread woodpecker species. Gabot Vasuta, Hungary.
Posted by Gerard Gorman: at 08:59