This is the first in a series of posts highlighting photographers whose work includes great shots of European woodpeckers. First up is Jari Peltomäki
from Finland. This great shot of a male Eurasian Three toed Woodpecker Picoides t. tridactylus was taken near Oulu, Finland, in 1999.
Posted by Gerard Gorman at 12:14 1 comment:

This Grey-headed Woodpecker Picus canus (aka Grey-faced Woodpecker) was filmed foraging on a wall in a stone quarry in northern Hungary in January 2010. It is not clear whether the bird is collecting minerals or invertebrates from the surface. Dan Bastaja, who filmed the bird, says the bird had soil on its beak and seemed to be eating it. There is a lot of windy background noise, but it is nevertheless a great clip.
Posted by Gerard Gorman at 17:32 1 comment: 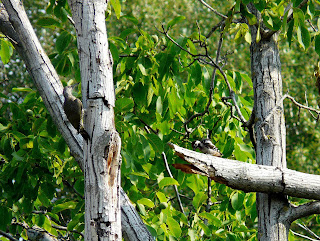 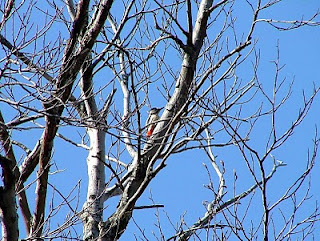 This should be quite easy. But is it ? Which European woodpecker species is it ? And why ? And the sex ?
Posted by Gerard Gorman at 13:21 3 comments: